Ranking of the best private aircraft to rent for your trip

OpenFly references more than 250 private jets and planes, with pilot, available for rent

Here is a selection of the best aircraft that you can rent through our private aircraft rental portal:

This TBM is one of the most booked aircraft on OpenFly. With 4 seats (+2 for the pilot and co-pilot) arranged in "club" format, this aircraft is spacious and comfortable, ideal for long journeys. Relatively economical, the TBM is nevertheless no slower (on the contrary!) than a jet of similar size (cruising speed of 610 km/h at 9000m altitude). The aircraft can land on short runways such as Belle Ile en Mer or Quiberon. The range of over 3200 kilometres and the speed of the aircraft allow for a round trip to most Western European airports in a day, with 7-8 hours of time on site. All the flights of the model referenced on OpenFly will be carried out under the authority of the captain, accompanied by a "safety pilot", both very sympathetic! The Piper Malibu Mirage combines the comfort of a 6-seater aircraft (including the pilot) with the efficiency of a 6-cylinder engine. It is both spacious and reasonably fast (350 to 400 km/h with tailwind). The interior configuration consists of 4 comfortable leather seats arranged in a square with a folding table. At the rear of the cabin there is a large luggage space capable of accommodating several intermediate suitcases. In the front there are two crew seats. As the aircraft is certified for a single pilot, it is possible to accommodate a fifth passenger. Thanks to its pressurised cabin, the Mirage can climb to high altitudes. In short: a speed of 350-400 km/h, a range of 1500 km, a maximum operating altitude of 8000 metres and certification for flights in known icing conditions (FIKI) make this aircraft one of the favourites of OpenFly members. The Beechcraft "Bonanza" that we reference on OpenFly is a single-engine aircraft that can carry up to three passengers. Its cruising speed is about 350 km/h. It is ideal for travel in France. The aircraft is equipped with a satellite weather receiver and a GPS for 3D approaches allowing to fly safely whatever the weather conditions. It is fast, efficient and comfortable and available at a reasonable price. And to make sure you are as comfortable as possible, the aircraft is equipped with: - headphones with active noise reduction to eliminate noise pollution; - a few sweet and savoury snacks as well as plaids and pillows.

With its large pressurised cabin, the King Air is able to accommodate up to 7 passengers: a real advantage when you want to travel with several people! Its cabin is consequently one of the largest on the market, which is very pleasant on long journeys. The luggage compartment is also large enough to accommodate several suitcases. Its range, at 2400km, is one of the widest among the aircraft listed on OpenFly, allowing you to travel easily to most European countries. At cruising speed, the aircraft can reach 450 km/h. It is also much cheaper to operate than similar sized jets. In short: an excellent aircraft if you want to travel far and wide!

Described by Flying magazine in 2012 as "the most sophisticated single-engine civil aircraft ever built", the Cirrus SR-22 is one of the most popular private aircraft for hire. Its cabin, designed as a bubble rather than a rectangle, gives the aircraft a very welcoming appearance. The large space given to passengers also makes this aircraft very comfortable. It can accommodate 3 passengers. Moreover, its price per flight hour (around 300€) makes it one of the most "economical" aircraft listed on the OpenFly portal. This does not mean that it is any less comfortable (leather seats, air conditioning, etc.) or any less fast (cruising speed of 340 km/h). Negative point? The luggage space is a bit small, which is prohibitive for multiple trips or if you plan to stay more than 2 days. Apart from that, it is an excellent aircraft, one of the most affordable on the OpenFly platform! 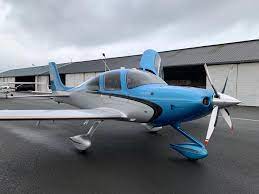 The Piper PA-46 JetPROP is a re-engined version of the Piper Mirage mentioned above. Rocket Engineering was responsible for the engine change. The aircraft is equipped with a 550hp turboprop engine instead of the piston engine. The JetPROP thus gains in climb and cruise speed (it can approach 600 km/h) while keeping a cost of use among the most accessible of the market. The version we are listing on OpenFly is new and very comfortable, ideal for flights to France and Europe. It is currently in the top 3 most booked aircraft! 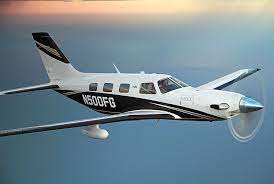 The Cessna Citation is a well-known private jet for business aviation specialists. Smaller than other jets, it is also more fuel efficient! This low fuel consumption makes it more affordable than most of the aircraft in this high-speed category (from €1,500 per flight hour). The performance of the Citation Mustang definitely puts it above all propeller-driven business aircraft (with the possible exception of the TBM) with a cruising speed of 630 km/h and a range of over 2000 km. The whole of Western Europe is within your reach with this aircraft! It is also the most popular jet for business travel as the rental cost is far from prohibitive compared to the time saved!

Since its first release in 1994, the PC-12 has been the world's best-selling single-engine turboprop. And this success is not undeserved! Its cruising speed of 530 km/h makes it almost as fast as a jet. But it is above all its range of 3400 km (for example, a flight from Paris to Moscow represents approximately 2500 km) and its capacity to accommodate 7 to 9 passengers that make it a very popular aircraft! For long-distance trips and multiple passengers, this aircraft is without doubt the best referenced on OpenFly. It has a very large baggage area, very practical, and is spacious enough to avoid the feeling of "stepping on each other". 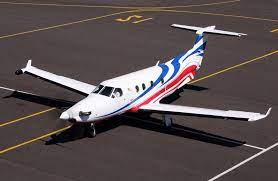 The Piaggio P180 Avanti is a twin-engine business jet built by the Italian company Piaggio Aero. Equipped with twin turbine engines, it can accommodate up to nine passengers in a pressurised cabin, making it ideal for group travel.  Its main advantage is that its operating costs are much lower than those of a private jet, with the same services. It is no slower than a jet and consumes about 30% less fuel. Reduced operating costs allow this private aircraft to appear on OpenFly with a very attractive rental rate! 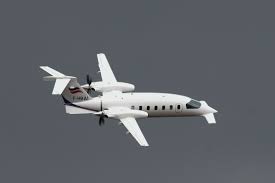