What is the difference between a private jet and other private aircraft models?

On OpenFly, we reference a wide range of aircraft models from private jets, to piston planes or propeller planes, called more traditional. And when we talk to our customers, we often realize that they confuse the different models. That's why we want to detail their different specificities.

We often associate private aviation with private jets, but have you ever wondered what the differences are between a plane and a private jet?

Don't look any further, the answer is here! 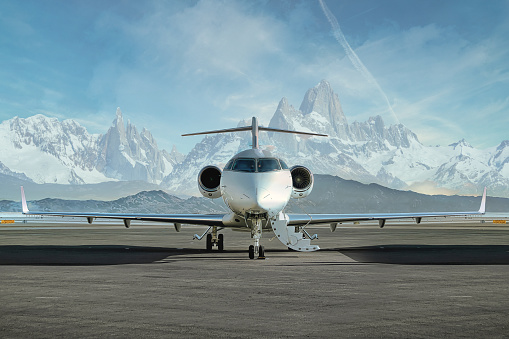 A private jet ready for takeoff

A major difference between jets and other private aircraft: the aircraft's engine

It may seem surprising to you, there is only one difference between a private jet and a propeller plane: the engine operation (important difference though!). A propeller plane is equipped with a turboprop engine, while a private jet is powered by a turbojet engine. This fundamental difference may seem insignificant to some, but it is an important point in the choice of the type of aircraft to rent for a trip.

If the choice of aircraft rental is generally made according to "non directly technical" criteria such as the number of passengers the aircraft can accommodate, the airport from which you wish to depart or the level of services offered on board, the choice of engine can be important, especially if you wish to travel quickly. Because that's the main advantage of a jet compared to a conventional plane: it flies (much) faster.

But speed is not the only advantage of private jets. So that you have all the cards in your hand when choosing which private jet to rent, we have listed the various advantages/differences for each type of aircraft.

Benefits of the propeller plane: Benefits of the private jet : Is it better to choose a private jet or a "classic" private plane?

Taking into account the above elements, we advise you to opt for the rental of a private jet if your journey is long or if you have an imperative requiring you to travel quickly. For short trips, inter-regional for example, "classic" private aircraft such as Piper Meridian, TBM... will do the job, for a much more affordable rate. And if you hesitate between renting or buying a private plane/jet: know that in most cases, it is more profitable to rent!

All that remains is for you to test one or the other of the available possibilities, by booking a plane directly on our OpenFly platform.

Rent a private plane or jet on OpenFly